We all know that it is recommended that every year we are supposed to go to see the doctor to have a medical check up to see if everything is in working order and test for disease.  Cameras, too, occasionally need a clean, lubrication, and adjustment (CLA) service.  What about the whole of the photography field in general? Are there any measures that could help photographers to gauge and assess our field as a whole? In this week’s blog entry, we take a look at some indicators that may point to the general health of photography. 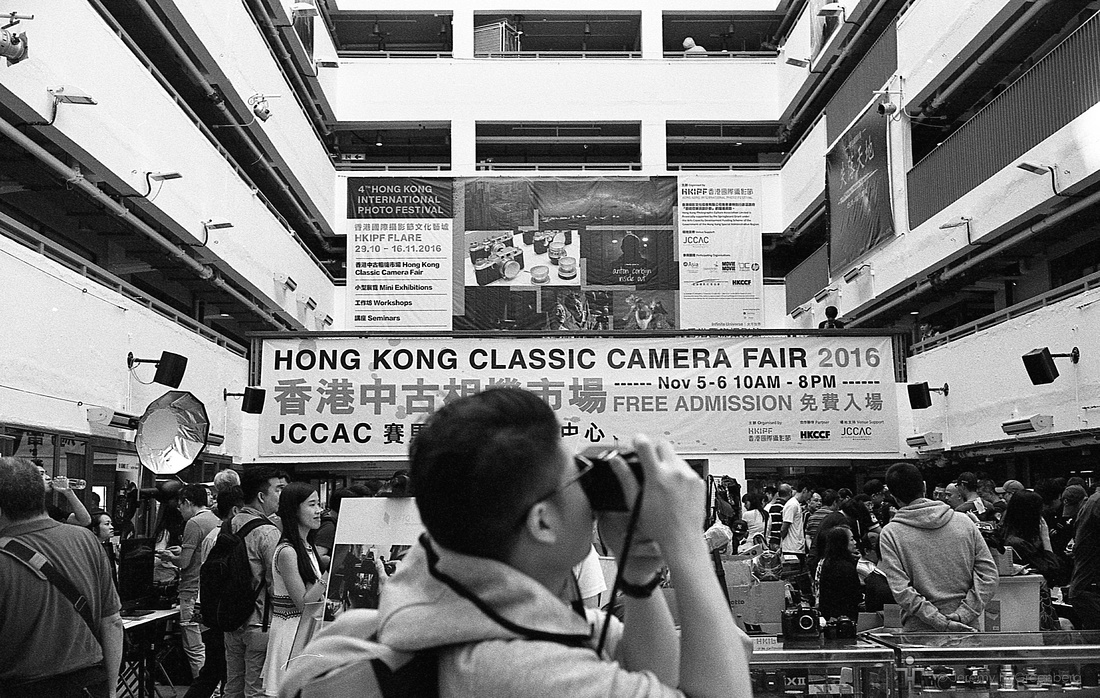 There were a lot of ups and downs in photography over the years. From its humble beginnings, the patent wars were already starting between France and England after it all started in 1839 in by Louis Daguerre. For a while, photography only existed in the hands of a capable few who could handle the large format camera, steel plates, and crude chemistry needed to produce images from light.  Across the pond, things settled down at the beginning of the 20th century with the start of Kodak in Rochester, New York.  The Brownie camera was created, and every household could own a simple camera for their personal usage. 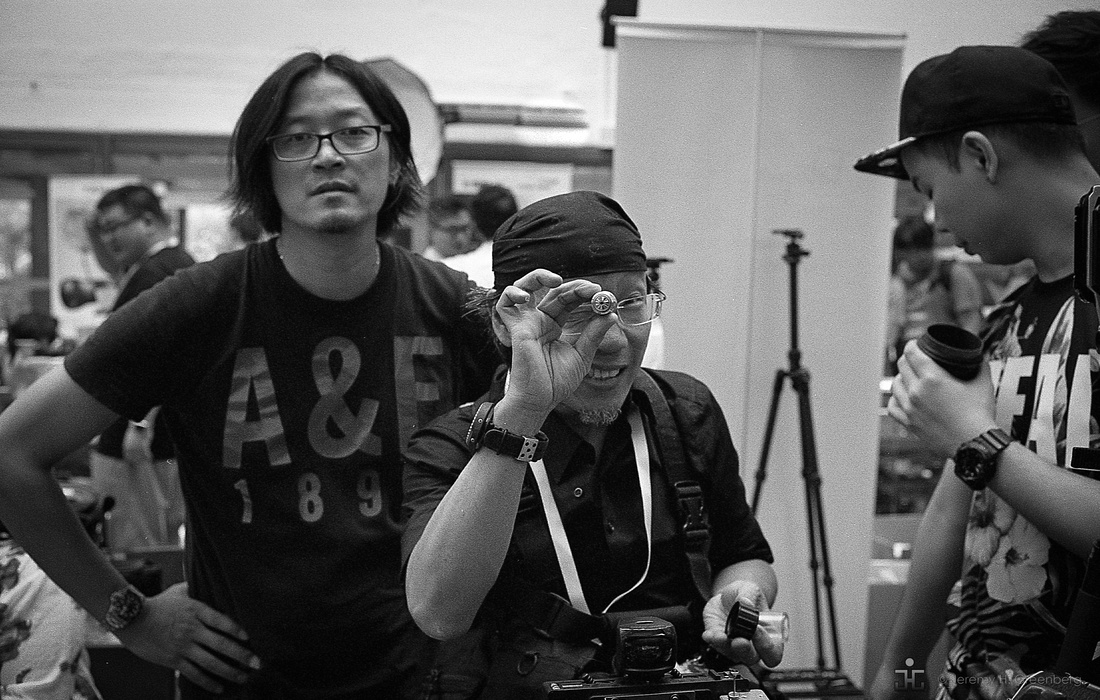 Checking out the goods

Fast forward about 100 years. Now, we are living on a planet with a billion smartphone users.  All have the capability to shoot and post images at the touch of a button or even through voice controls.  Recent estimates are that about 4 billion new images are posted to the internet daily. Wait! Stop the press! What happened to film? A few years after we partied like it was 1999, we saw the development of consumer digital cameras.  Photography changed forever.  This represented a significant paradigm shift and in the field.  Thus, the film vs. digital wars have been raging ever since.  This time has been cited by historians as the Great Schism.  Actually, the Great Schism was a religious event that happened a few hundred years before photography was invented and had nothing to do with photography, but I was just seeing if you were paying attention.  As far as wars go, there have been some great images unfortunately, made on the battle field (Robert Capa )but there are not actual wars being fought between photographers over film or digital. Can’t we all just get along? I digress. 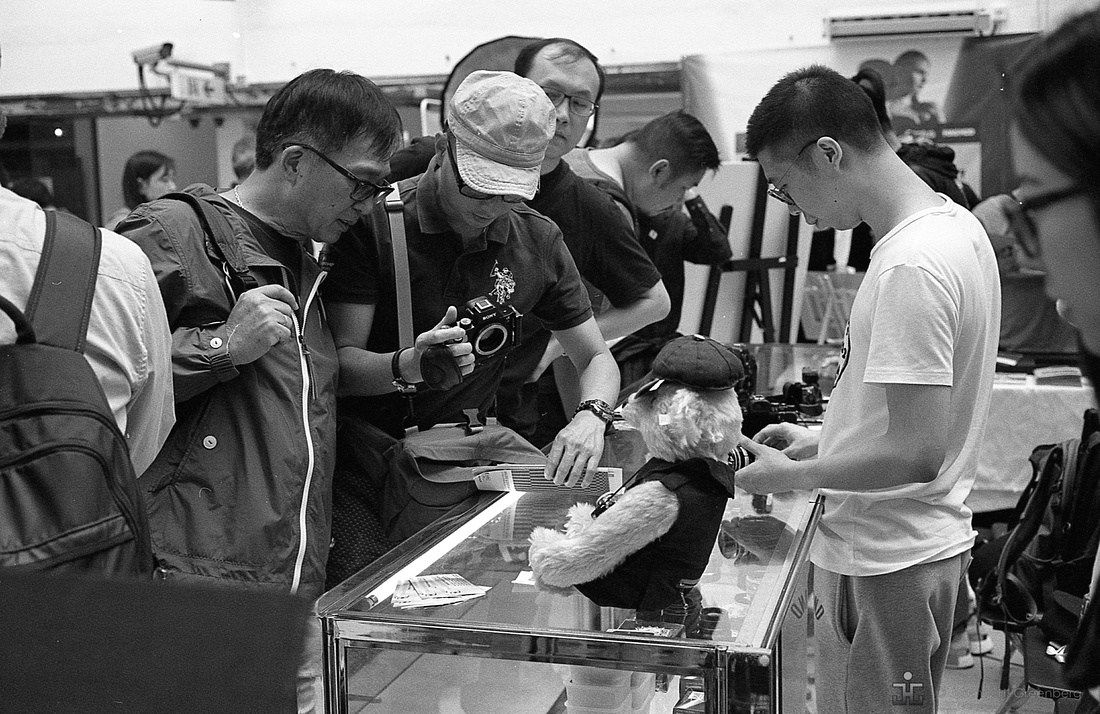 Film suffered through the initial excitement and trend in digital.  This was evidenced by the 2012 “crash” of the mighty Kodak Company who filled for bankruptcy and needed to sell off over a half a billion dollars worth of patents to Apple and other giant technology companies to stay alive.  Thankfully, Kodak survived, and is still making film.  Their colour motion picture film industry is actually quite robust.  Hands off the panic button, mates.

Film has arguably rebounded recently.  In 1995, Lomography  started with some students who shared a passion about photography.  This company has evolved into a world-wide lifestyle brand centred around film photography.  Closer to home, here in Hong Kong as I type this blog entry, we are in the middle of the 4th Hong Kong International Photo Festival.  Amongst four months of photography related activities that include: major exhibitions, collaborative exhibitions, tutorials, and other related activities including the Classic Camera Fair.  Participating are thousands of photographers at various stages of their development from newbie to professional.  Of note were the numbers of 20 somethings present who seemed to be passionate about photography and film! The word resurgence is a bit of an understatement. 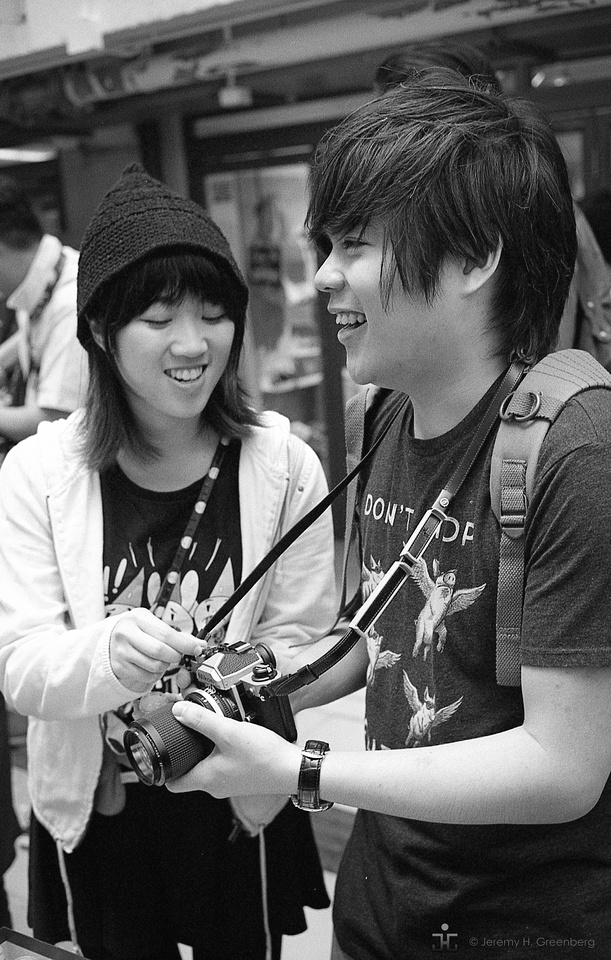 The photos in this blog post were all made at the Classic Camera Fair. Warning! Technical information ahead! These images were shot on my Minolta CLE with Leica 40mm f/2 lens using a Yellow #8 filter.  I develop my own film at home (Nerd Alert!) and I used Rollei Supergrain Developer diluted to 1+15 and scanned on an Epson V600 at 2400dpi. 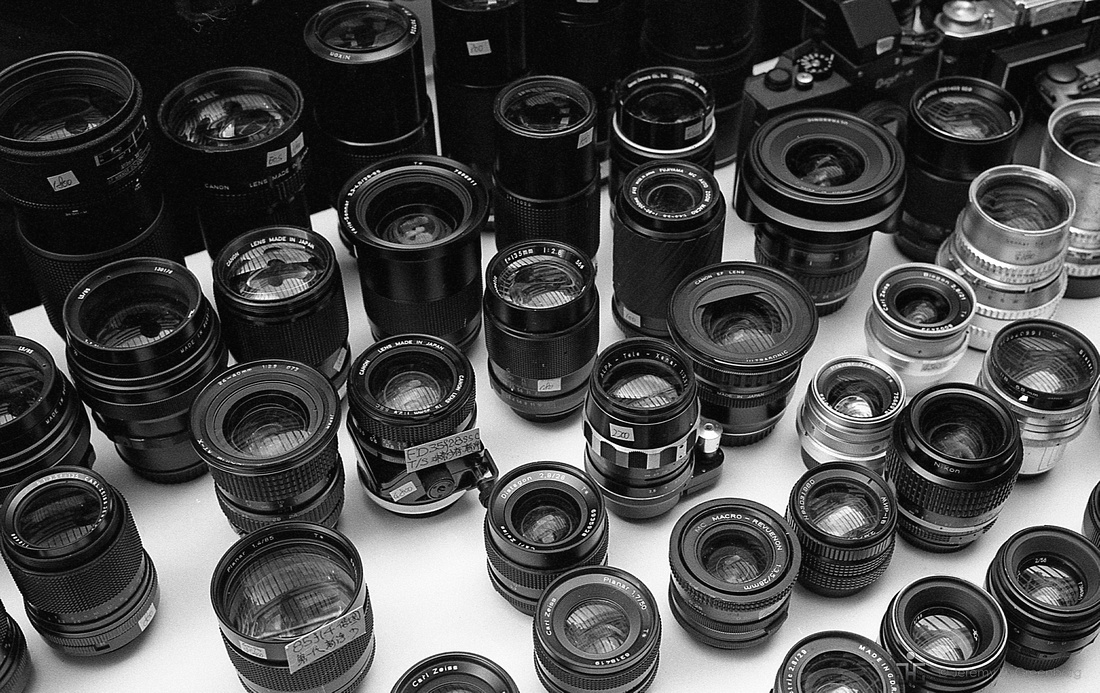 Hong Kong has a handful of film camera stores, workshops, classes, and multiple film developing shops that are all busy all of the time. Savannah College of Art & Design (SCAD) did a massive renovation to an old colonial magistrate (government) building and has a robust state-of-the-art photography program along with many other creative career tracks.  I do my own little part through The Harbour School (International) in our own dark room where we teach primary students how to shoot, develop, and print film in multiple formats.  When their image appears on the paper in the darkroom for the first time, it’s like magic and they love it! It’s really cool to watch the students experience this.

In terms of digital cameras and photography, they have been on a steep learning curve.  Every major manufacturer has produced annual stunning examples and digital improves all of the time. Each year, they keep outdoing themselves. There is no such thing as a bad camera anymore.  They are all good and It’s an amazing time to be a photographer.

There are more blog sites, YouTube channels, photography shows, and retrospectives now more than ever.  Oh, and, Instagram. Need I say more?  Social media and the whole Snapgramtwitface thing is completely out of control and I mean that in the best way possible.  Everyone is a photographer and that’s a good thing for photography.  So, how do we summarize the general health of the field? Photography is like an adolescent in the prime of its youth, feeling invulnerable and impervious to death.  Photography is strong, daring, and reeks of immortality.  It’s got the world by the tail (lens), so to speak, and it’s just getting warmed up.

Here’s to the next 100 years of making magic with photons!

P.S. That's me and Bellamy Hunt from Japan Camera Hunter. He's got some of the nicest film cameras anywhere plus he's a trove of knowledge of all things camera. Check out Bellamy here:  http://www.japancamerahunter.com 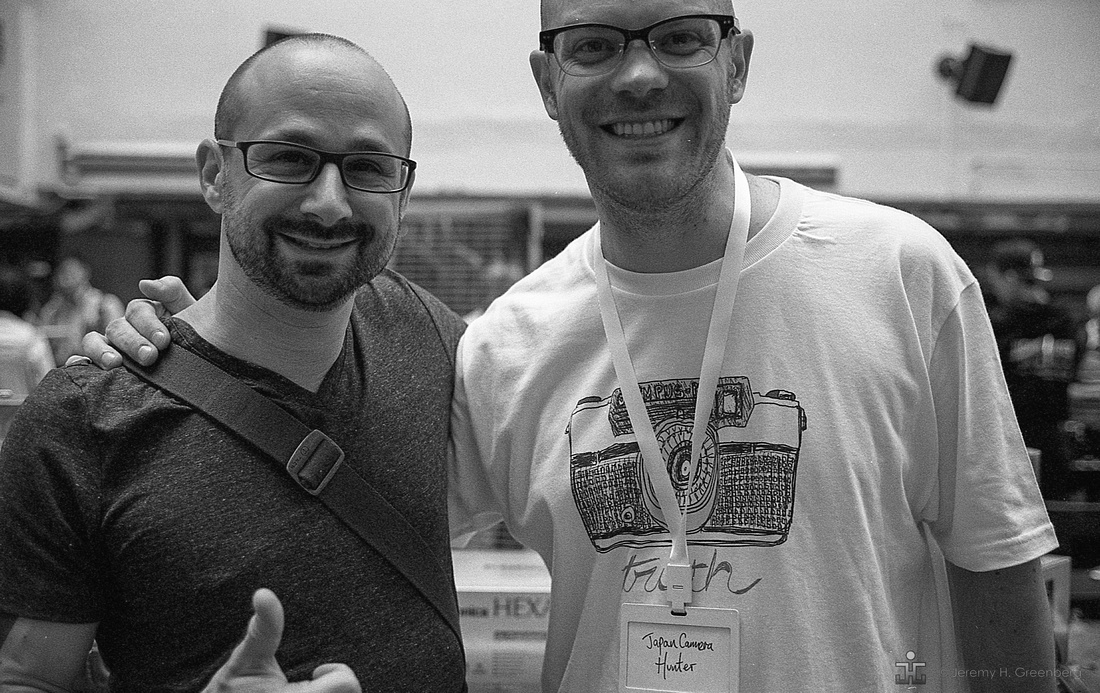