Blog #40 Shooting For The Sport Of It

Blog #40 Shooting for the Sport of it

The weather was hot and bright overcast. Thankfully, there was no rain although some was forecasted. My press pass allowed me to basically go anywhere around the track, including the special press podiums that are elevated and positioned around the grandstand and pit areas for maximum field of view of the cars, motorcycles, riders, and pit crews. 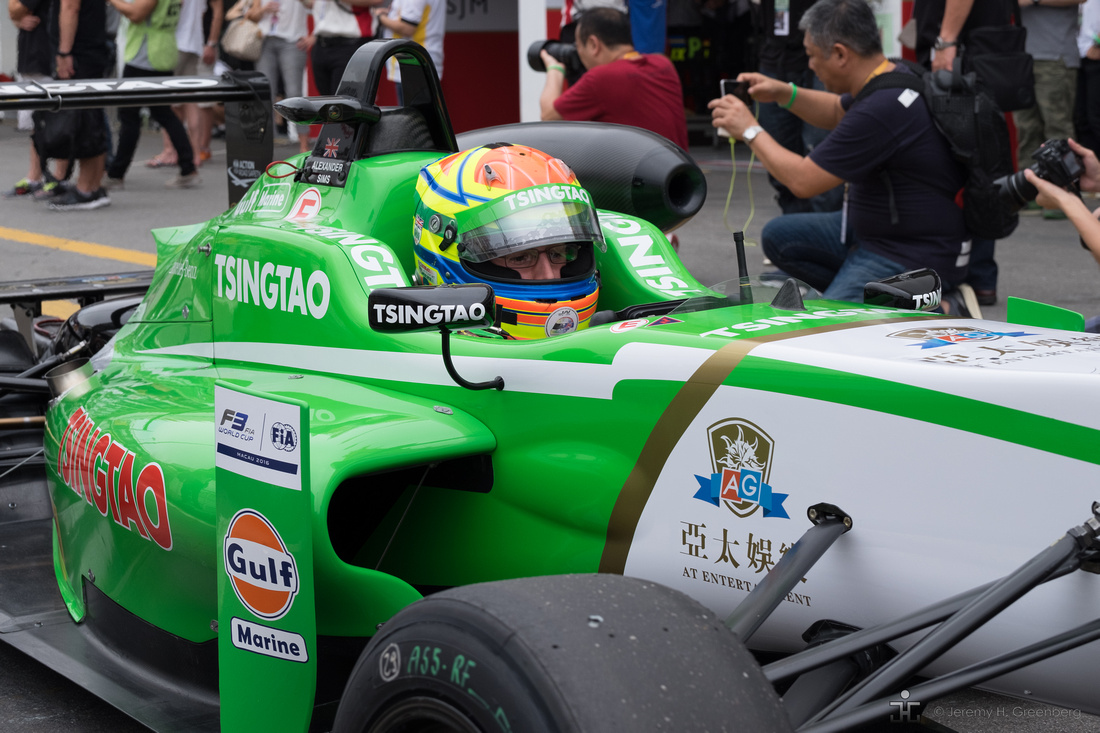 In terms of gear, I brought three cameras, two digital and one film.  The film was a small Olympus 35RD that uses a fixed 42mm f/1.7 lens.  I brought one special roll of film for it, Rollei CR 200 “Chrome”. This is an amazing slide or positive film that gives good colour and a warm tone that really takes you back to another time with its true vintage tones. For a review of this and other great films, click here.  My backup camera was a Nikon DLSR with 50mm f/1.8 prime lens.  Although a very capable camera in its own right, thankfully, I never needed to use it. 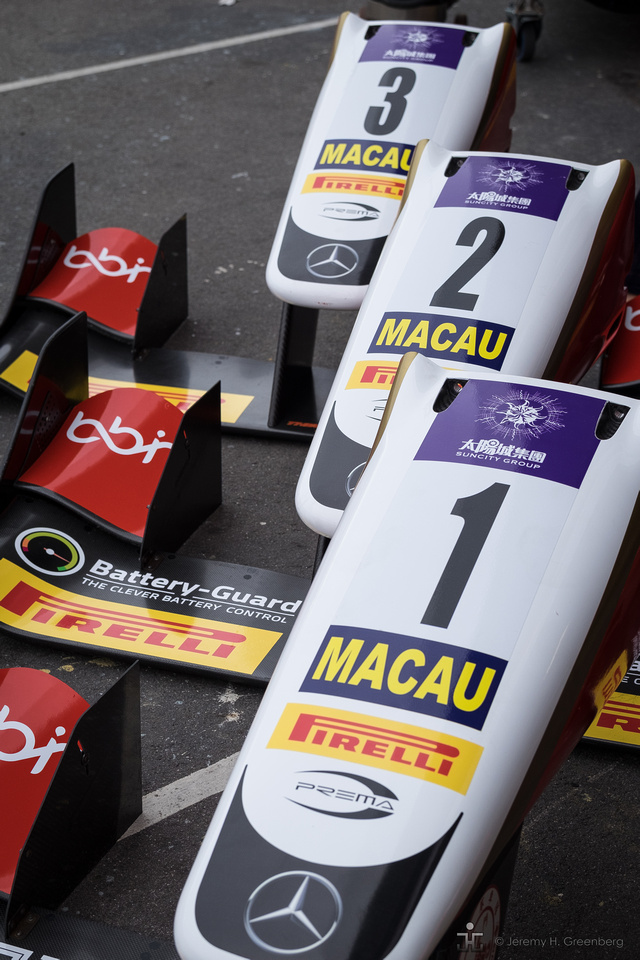 My main camera for this and all of my commercial shooting is my trusty Fujifilm X-T1.  Paired with the outstanding Fujifilm Fujinon XF 50-140mm f/2.8 R LM OIS WR both camera body and lens are weather resistant to the point of borderline submersible.  I was ready for the rains that never came. The size and weight of the body and lens combination is acceptable and I never really got fatigued in spite of running around and being on my feet all day.  The 50mm “low end” of the focal length (75mm full frame equivalent) was not really wide enough but it worked.  The APS-C sensor in the X-T1 body gives a nice depth of field that is wider than a full frame sensor so teleconverters and more lengthy (heavier and more expensive) lenses are not entirely necessary. 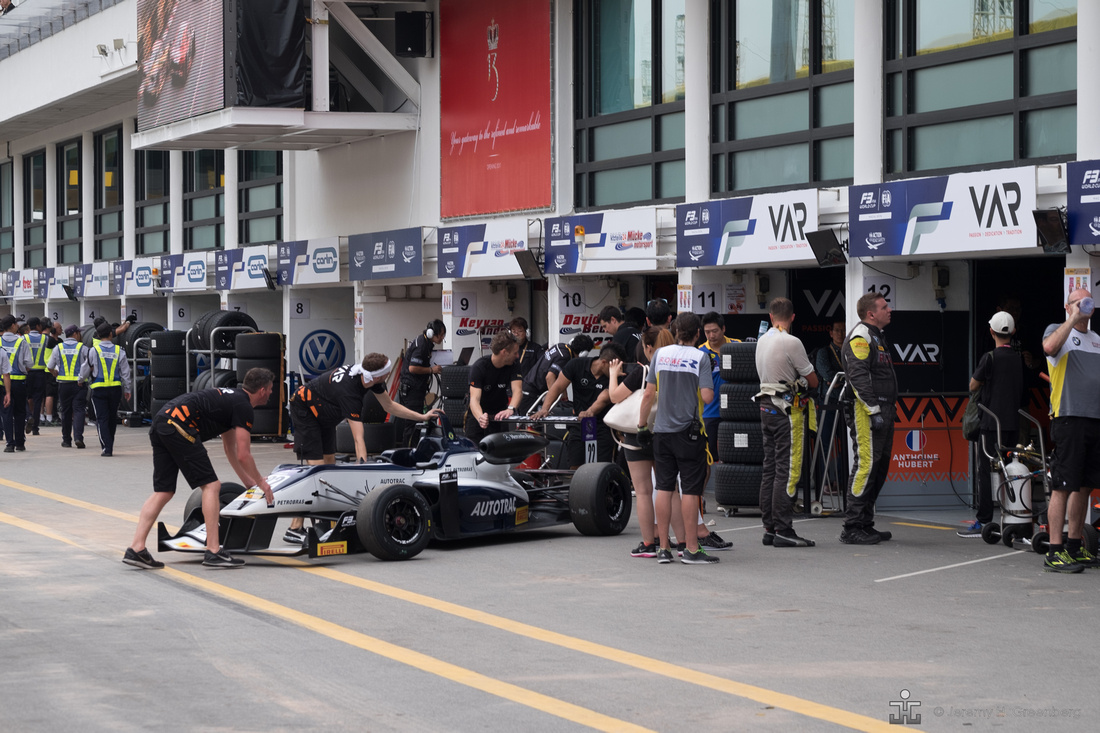 While I would have preferred to have had a second body with wide angle lenses such as in the 16mm-55mm focal length range (24mm-83mm full frame equivalent) to be able to switch back and forth, or teleconverter in lieu of a longer focal length such as 400mm, those really didn’t hinder my shooting or prevent me from “getting the shot” at any point. I did bring the Fujinon XF 16-55mm f/2.8 R LM WR but didn’t use it at the Grand Prix.  Changing lenses in the middle of shoot is tricky and I try to avoid that when outdoors. The 50-140mm proved to be enough and performed flawlessly. You get a lot of practice on your panning technique with the five separate 10+ lap races all day long.  It’s hit or miss for the most part, but I am satisfied with some of the images that I was able to grab of the cars, bikes, and riders.  While most of the attention was on the track during the race, The behind the scenes shots I also found interesting.  These put the viewer right into the action and most people do not get to see these types of images. 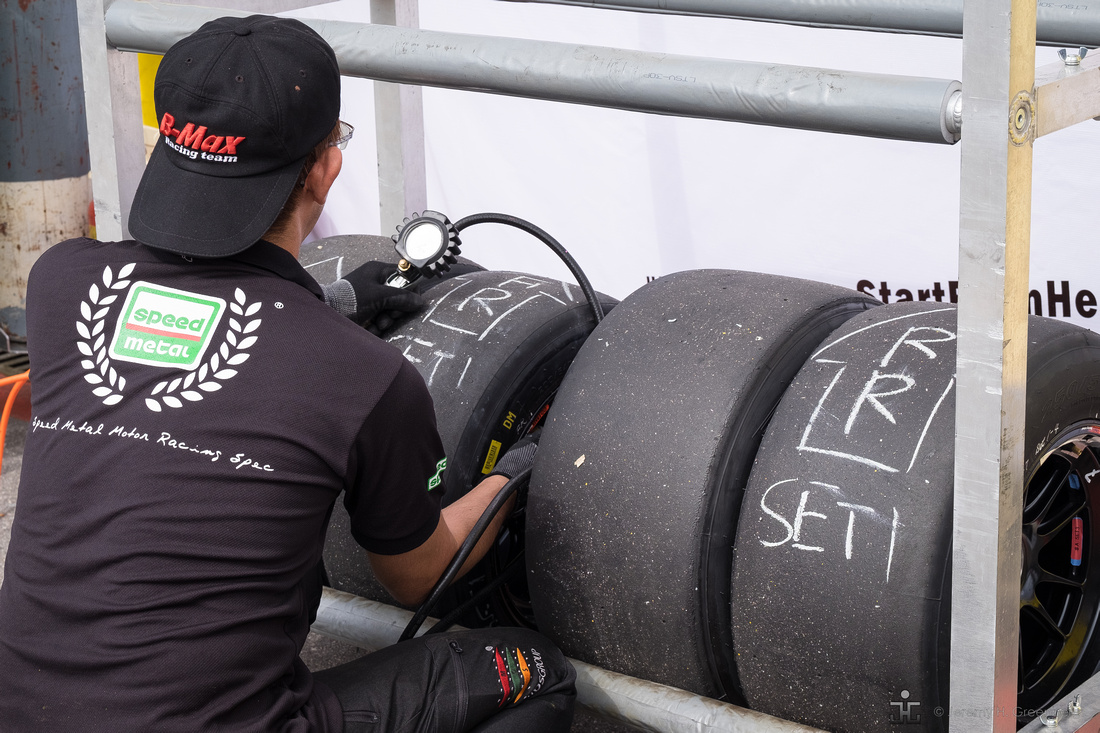 It’s a truly exhilarating experience to be right on the edge of the track.  The smells of race fuel and race rubber, the sounds of finely tuned race engines ready to pounce are around you all of the time.

For the published write up of the event, look here: HKFP.  The images in this blog entry are more behind the scenes shots. Shooting sports can be a real challenge, but totally worth the effort. 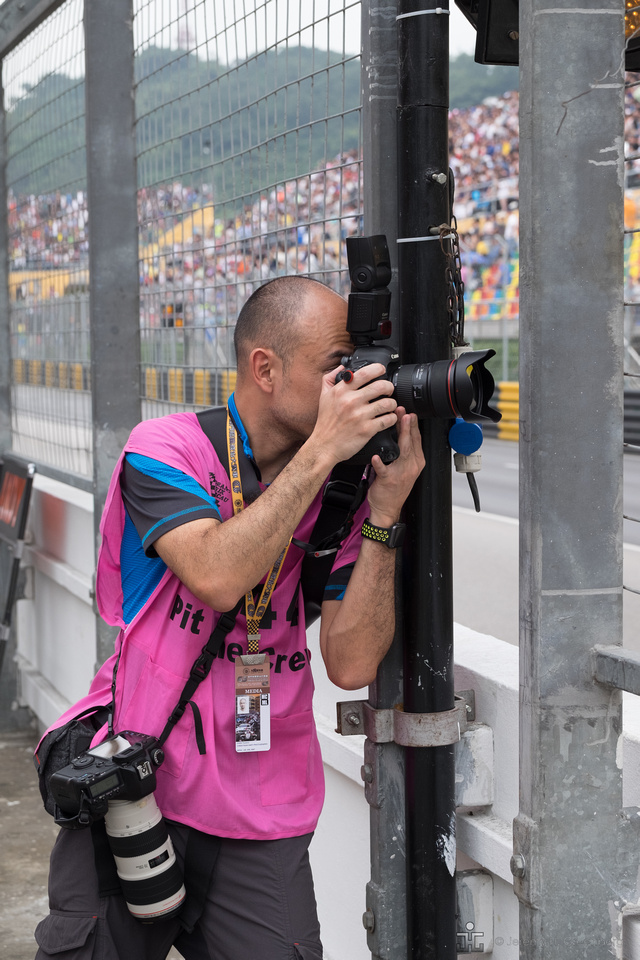 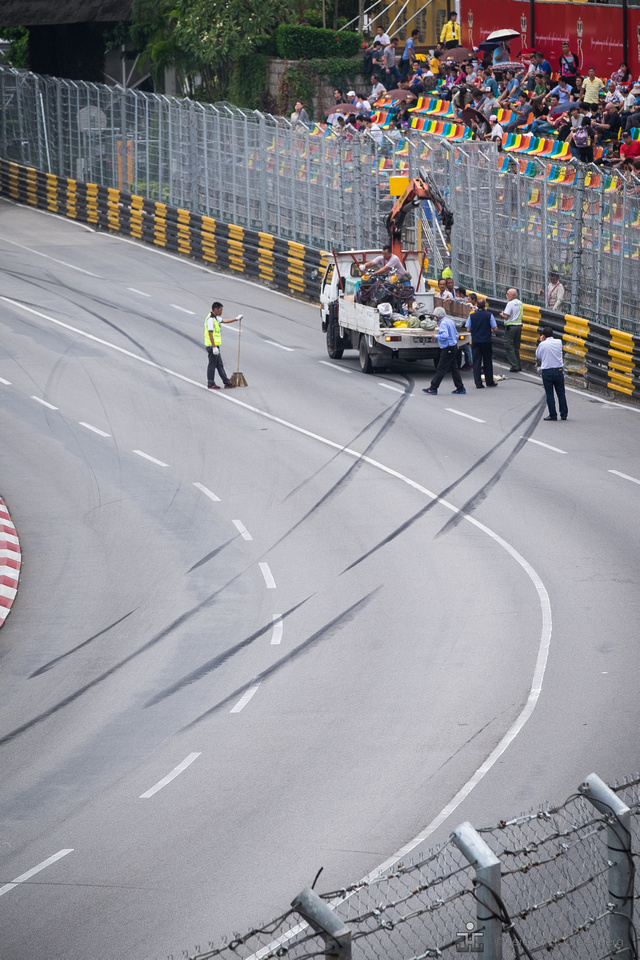 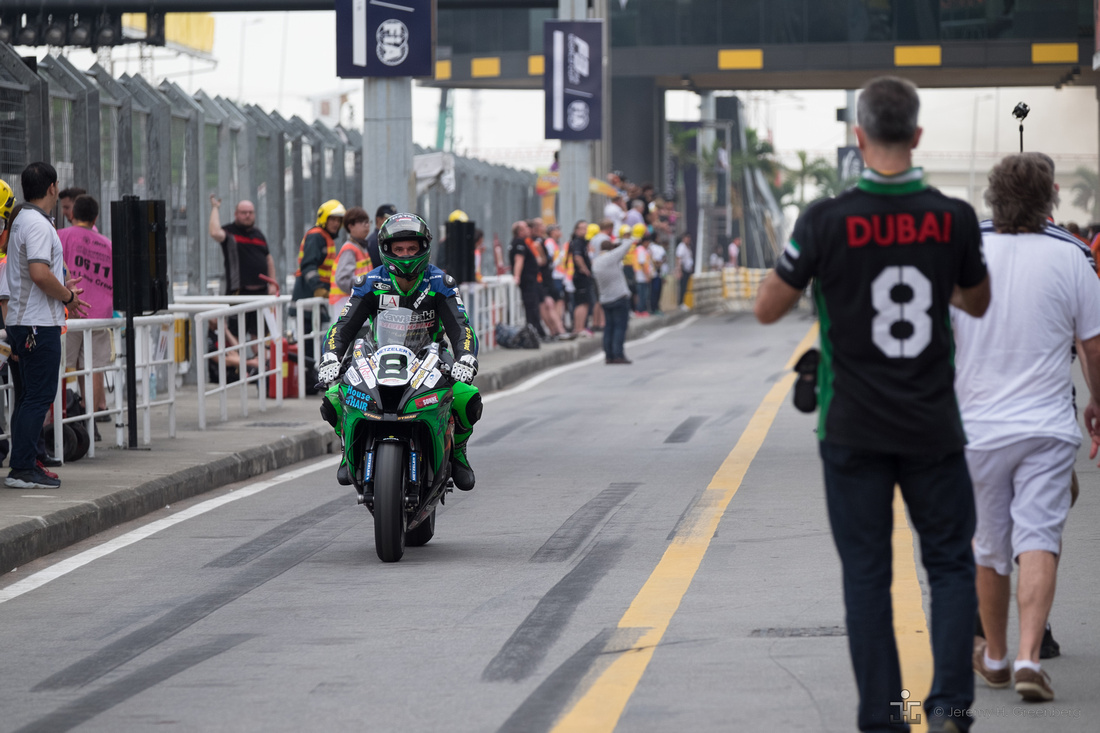 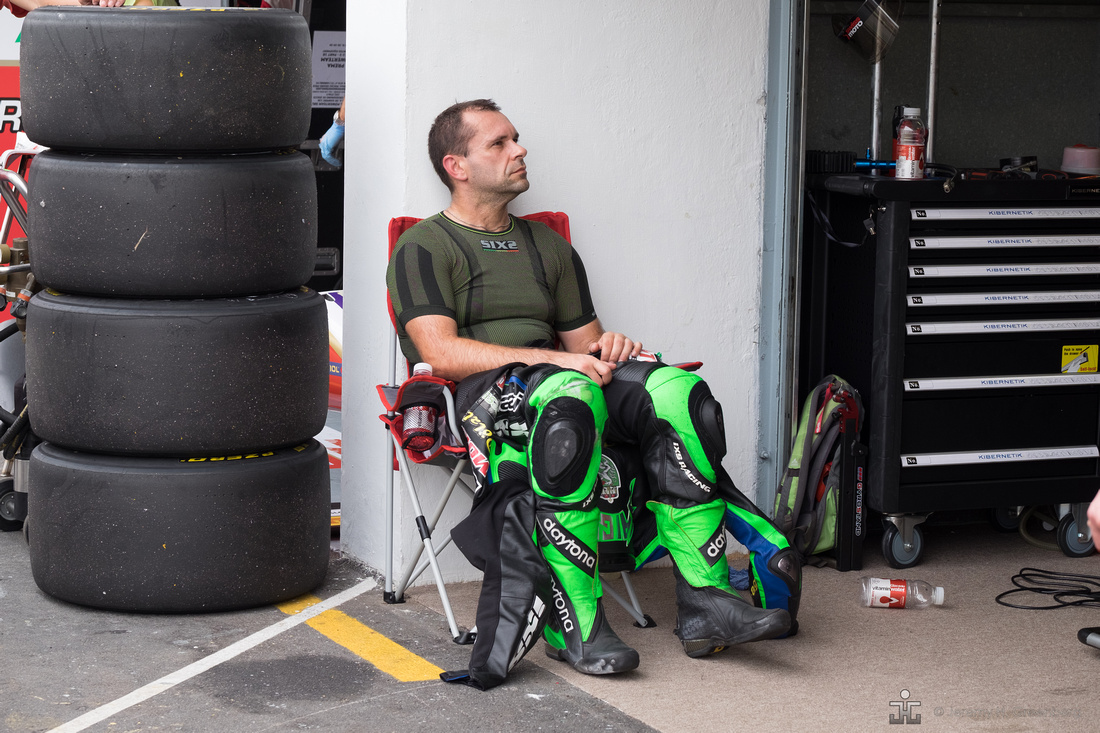