In this week’s blog, I want to share a few recent experiences in the form of photography exhibits that I attended. So last week I was in Chicago at the 42nd Annual Association for Behavior Analysis International Convention. There, I attended paper presentations, symposia and presented a paper, chaired a few colleagues' symposium, and sat on a panel to discuss international dissemination in my field of applied behavior analysis.  This was all fine and good and I had a great conference.  While in town, I managed to take advantage of a few photography events that the great city of Chicago had to offer. I attended two shows at the Art Institute of Chicago and one at the Museum of Contemporary Photography. This was an amazing feat that could only be accomplished in an urban environment where everything is within a 30 minute (brisk) walk from everything else.

At the Art Institute, I viewed 100 pieces of abstract photographs by the famous Aaron Siskind titled Abstractions. This exhibition examined the New York artist’s abstract series that explored what he called “the drama of objects”. There were some interesting pieces, but many were so similar that they could barely hold my attention. Still, abstract photography is a bit of a niche genre within the medium and it was a treat to be able to view the pieces, unencumbered, and up close and personal.  This gallery was in the lower level where some pieces from the institute’s massive permanent photography collection were hanging.  Pieces from Diane Arbus, Daido Moriyama (who I greatly admire), icon Ansel Adams, Saul Leiter, Walker Evans, LeRoy Henerson, and others were framed and displayed. It was an eclectic group of images, all about A4 to A5 sized prints in black and white. All were stunning. Each was a virtual masterpiece in its own rite.  Pictured below is Leroy Henderson’s First Anti-Vietnam War March (1967).

The other exhibit at the Institute was the Invisible Man, Gordon Parks and Ralph Ellsion in Harlem http://www.artic.edu/node/6233.

There were amazing photos from the 1940’s of Harlem, New York of the African-American Experience. I bought the book from this exhibit in the Institute's shop since I needed more time to absorb those amazing images.

I almost didn’t get there due to time constraints, but the third show that I did manage to catch was at the Museum of Contemporary Photography (Columbia College of Chicago) titled Burnt Generation: Contemporary Iranian Photography.  As a Westerner, Contemporary, Iranian, and Photography are three words that I never would have expected to see in the same sentence. The show included eight photographers, mostly men but some women.  These were beautifully rendered and powerfully stated collections of the struggle for woman’s rites, conformity to social and religious norms, and political freedoms that Iranians have had to endure in recent years. All of the images and stories portrayed were well executed and moving. You can see them here:

http://www.mocp.org.  It was so interesting that many of the collections within the group of photographers had similar themes even though there was huge difference between their styles and approaches to photography.  It was like they were all saying the same thing but speaking in different ​visual languages. My take-away is to get out of my comfort-zone once in a while to allow other artists to share their worldly views.

It was such whirlwind of a trip, I am still digesting the conference and fabulous shows that I saw. There is something very touching and inspiring about seeing art up close. You feel a strong sense of the artist and effort that was given to travel, compose, shoot, print, frame, and display photographs that you cannot get from a book or a computer screen. Next time you have the chance, go to the show. You will be glad that you did. 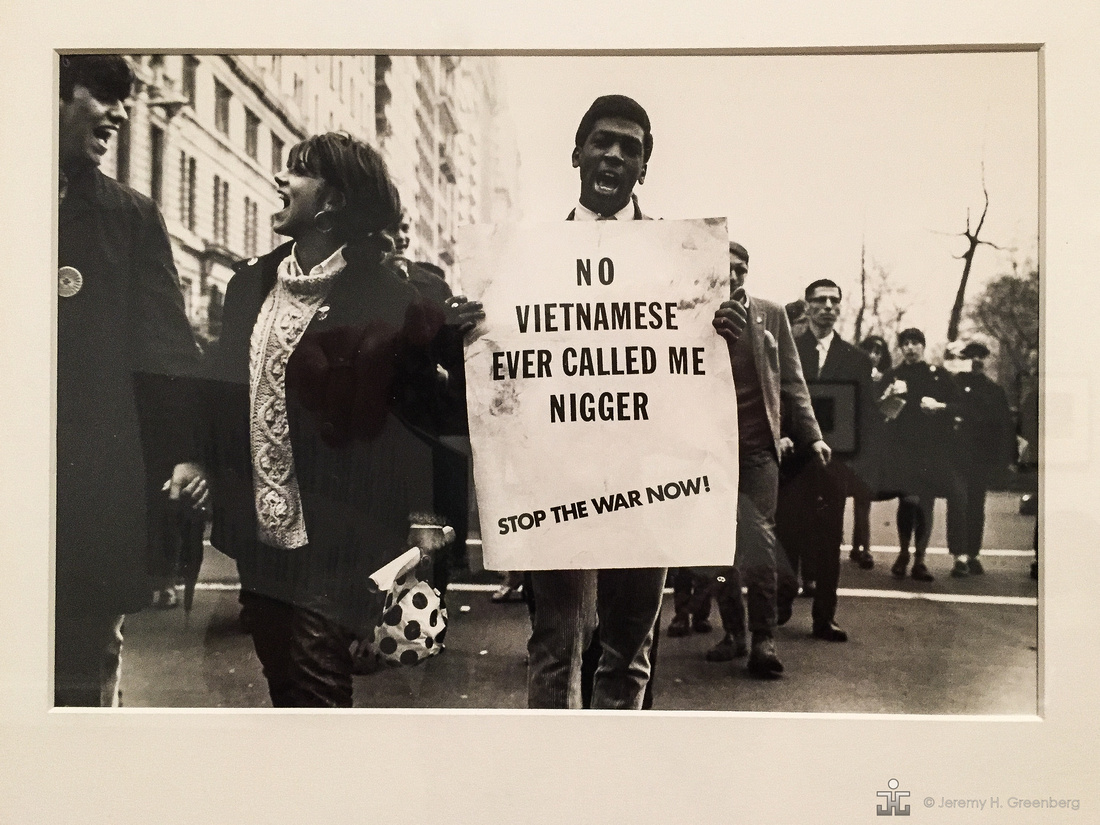