I have no idea why, but this spring seems to be raining photography exhibits. After my amazing experience in Chicago, I returned to Hong Kong only to be blessed with two new photography shows in the same week.  The first is an internal tour titled WOMEN: New Portraits by the world-renowned Annie Leibovitz.  The show was strongly in an industrial building within a ten minute walk from my office in Kennedy Town of all places.  The second show was titled LIGHT ON SURFACE: 292 SFA Graduates’ Showcase 2016 and was in the Hong Kong Visual Arts Centre.  There were eight graduates from Savannah College of Art & Design’s (SCAD Hong Kong) photography class.

First, the Annie Leibovitz’s show featured some of her stunning and recent works of A5 sized landscape portraits almost all in colour of celebrity, politically successful, and otherwise, amazingly artistic, athletic, and creative woman, mostly middle-aged or older.  The photos were lit extremely well and for the most part showed the subjects in their offices, natural habitats so to speak, and some studio shots.  Adele, Jane Goodall, Aung San Suu Kyi and Malala Yousafzai were but a few of the over-achieving, highly accomplished, and ultra professional woman featured in the show.  The collection spanned many continent and represented some outstanding achievements by influential and powerful women in the 21st century.  The portraits were faltering and highlighted the strength and conviction of their subjects.  The colours highlighted the subjects and almost punctuated their achievements using only visual highlights.

The show also featured some older images the Leibovitz made while working with Rolling Stone and Vanity Fair in previous decades. For example, the celebrity photo of John Lennon and Yoko Ono (New York City, 1980) was placed next to a head shot of Ono in New York City 1981, eyes closed, with an air of pain and mourning.  These were both iconic and powerful images. It was instantly obvious that Leibovitz was a master craftswoman who gained access to some of the greatest popular icons and moments of the late 20th century. What a treat to see and appreciate this wonderful collection at a time in the world when woman’s achievements can be highlighted and  celebrated.  One cannot help to be touched by the collection as well as the collective achievements  of its subjects.  The show leaves viewers with a strong and optimistic sense of how far we have come and elevates their feelings of feminism.

The other show “Light on Surface” was the final presentation of a group of SCAD graduates. There were eight artists featured and each had very distinct and clear visions. There was a wide range of subjects and treatment of photography as a medium.  Many of the pieces were large and printed beautifully on archival quality ink jet printers. Most reflected Hong Kong and its landscapes, the political zeitgeist, and interesting three-dimensional works that skated the line between photography and sculpture or modern art.  For example, Clement Chan’s photos of colourful shapes from video monitors represented a reverse process of digital to film. This was a fresh and colourful treatment of form, colour, and the various mediums within photography. Many creative and fresh perspectives could be seen in this new batch of photography artists. The show is there for only about a week so there is still some time to check it out and get inspired. 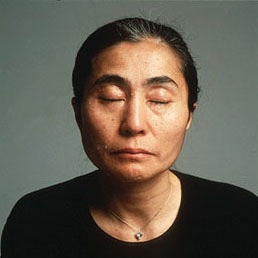 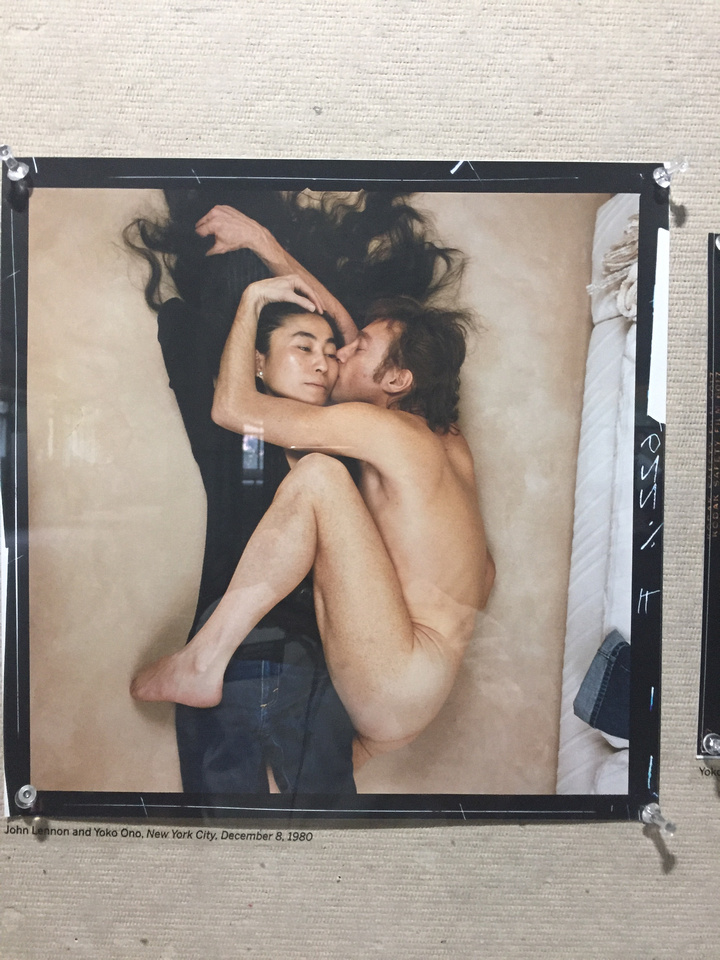 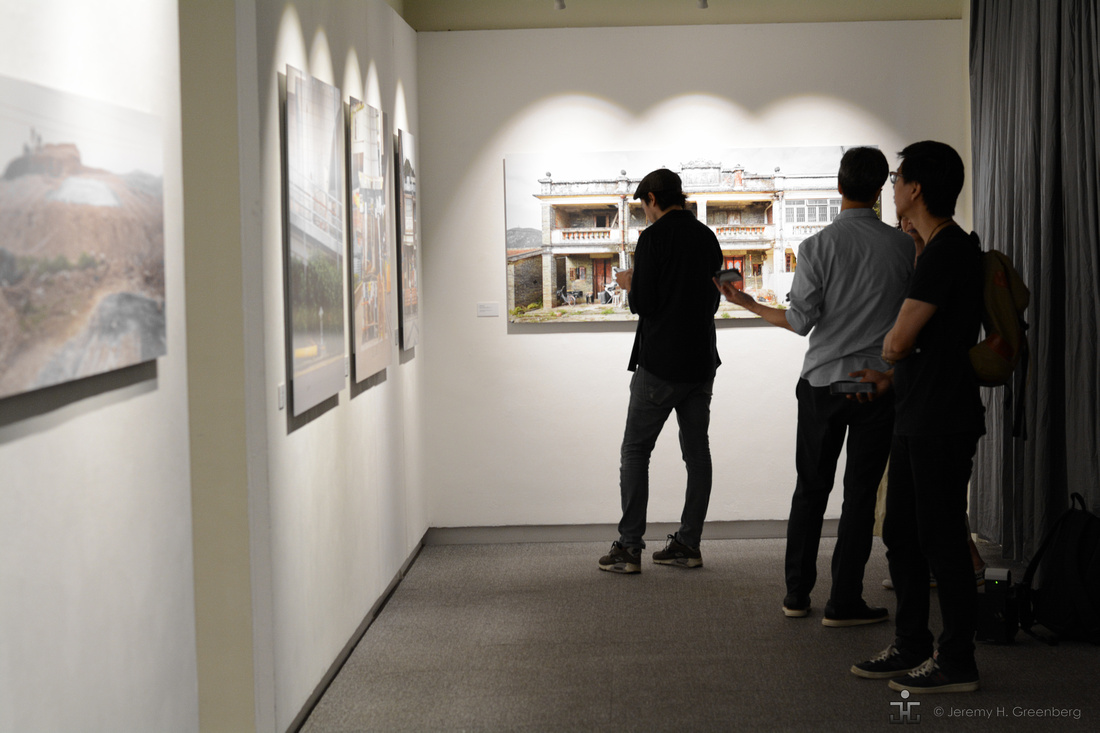 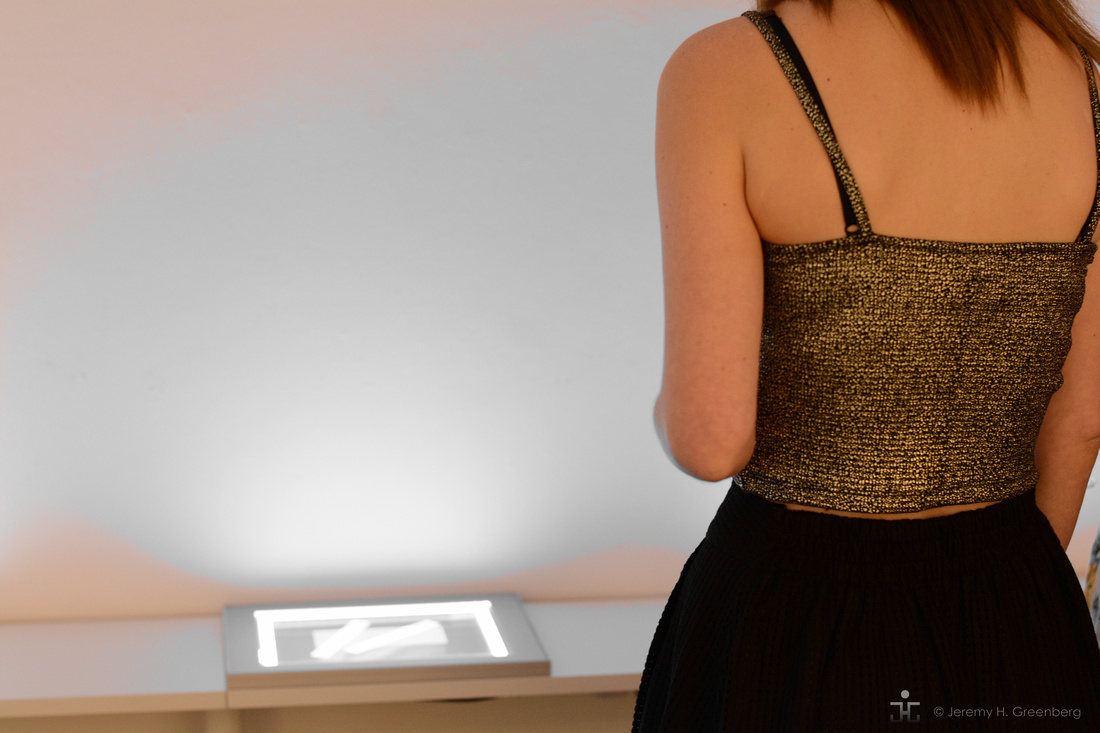