There’s an old Jewish express that says man plans and God laughs. The Blog post #26 was before my 10 day trip to the south of France where I discussed my decisions about the gear that I planned to bring along for the shoot http://jeremyhgreenberg.zenfolio.com/blog/2016/6/blog-26-gear-for-travelling-light-is-right. I did, in fact, bring all of the gear that I planned to bring. It all fit snuggly in the backpack so nicely.  As luck would have it, things didn’t work out as planned but, thankfully, I managed to avoid major drama.  The first issue was regarding the film camera. I learned quickly that it was a bit to optimistic to think that I could travel with a 30 plus year old film camera and have no issues.  The Minolta rangefinder (RF) CLE body I brought was one of two that I have and previously tested. The first one worked perfectly. I like this camera so much that I bought another as a backup. When I recently received the backup body, I tested the light meter and found that it worked, however I failed to fully test the camera and discovered, while away, that the focus was off. To focus a rangefinder, there are a series of small mirrors in the top of the body that interact with the lens to make two images that are placed in focus in the viewfinder by moving the focus dial on the lens.  This was not working for some reason.  The moral of that story is when travelling far from home with old film cameras, BRING TWO!

I switched to my old faithful and reliable Fujifilm mirrorless X-T1 with the 16mm-55mm zoom lens and used that for the first few days.  The X-T1 performed perfectly and I managed to grab some really cool images in the gorgeous sunshine and landscapes of the south of France summer light. Strong contracting colours, epic landscapes, and beautiful textures of the ancient stones and buildings were a pleasure to shoot. Oh, the fields and fields sunflowers! If you are interested in checking out a few of these shots, go to my Facebook page here: https://www.facebook.com/jeremyhgreenbergphotography/photos/?tab=album&album_id=1667480096908390.

My preference is always to shoot with film, especially while travelling, and I had about 10 rolls of film waiting to be exposed to the beautiful scenes across the small towns across the Côte d’Azur or blue coast as they call it.  After running around for a few days trying to find a film camera shop that might sell me a cheap alternative to my CLE to not avail, it dawned on me that I could still shoot with the RF even with the broken (out of alignment) focus issue. Zone focusing can be used especially on RF cameras whereas you set a focus range and simply eyeball or estimate the range of which the subject should be in focus or relatively so.  Fortunately, the Leica 28mm lens that I brought for the CLE has the focus scale markings on it that align with the f-stop scale so that you can gauge zone or range of focus given the f-stop that you are using. More might equals a higher

f-stop (smaller aperture) and leads to a larger zone of focus. I though that I would give this a try.

Upon arriving home, I quickly developed my photos. The four colour rolls went to Dotwell for one hour processing and scanning and the following day, I developed the two and black and white rolls myself in the darkroom, made contact sheets, and printed a few 8x10.  I was pleased to see my results. All but a few of the images were in focus or close enough that the images worked at least technically. I was very relived that I was able to accomplish my goal of making some memorable images of my holiday trip using the gorgeous wide-angle Leica glass and the colour film to capture the atmosphere of this magical place.  The photo below was made with the Leica 28mm f/2.8 lens most likely at f/2 using Kodak Portra 400 35mm film at Le Commerce Restaurant in Mirepoix, France of some Baguette and house wine bottles.

Shifting back to digital, the X-T1 did well and I used it on and off throughout the trip.  Interestingly, the Fujinon prime 23mm f/1.4 (35mm full frame equivalent) that I brought was never used. I got used to the moderately large and heavy zoom lens and really enjoyed the flexibility that it offered.  Touring landscapes and castles requires a wide angle lens and it was nice to have the ability to take it all in using the lens at its widest focal length of 16mm (24mm equivalent on a full frame).  Just as well, the ability to zoom to 55mm (85mm on a full frame) was equally as welcoming to get closer or to a subject that was farther away or to exclude (i.e. blur) the background thereby isolating the subject from the background.  Although I never took the 23mm prime out of the bag, the Webelos Scout Master of my youth would be proud of my ability to Be Prepared.  I am almost convinced that the relatively fast f/2.8 zoom lens is the only lens one needs for basic travel. For the photos that I was making of market wares, people, landscapes, and architecture this one zoom lens easily handled all of it and met my needs.  There is a lot to be gained from accepting a strategy of less is more and travelling light with regards to photography gear.  One might argue all day long that they need this lens, and that lens regardless of where they travel to, always, but at the end of the day, it’s more to lose, more to get stollen, and more liability to schlep more gear around the globe.  With fewer camera bodies and lenses, the photographer has fewer gear choices and quickly learns the camera and lens combination that they have with them.  This lack of decisions regarding gear leads to a focus on the only two decisions that really matter. Namely, the decisions boil down to where to stand, and when to press the shutter release button.

In conclusion, the south of France is outstanding in every way especially in the summer just steer clear of terroristic attacks. I missed the Nice attach by one day

I'm still a bit freaked out by it. The other photo below was shot the day before in the Christian cemmetery above the beach area where the incident occurred.

Happy travels to you and yours wherever you might be going this summer.

Remember, the light is always right. 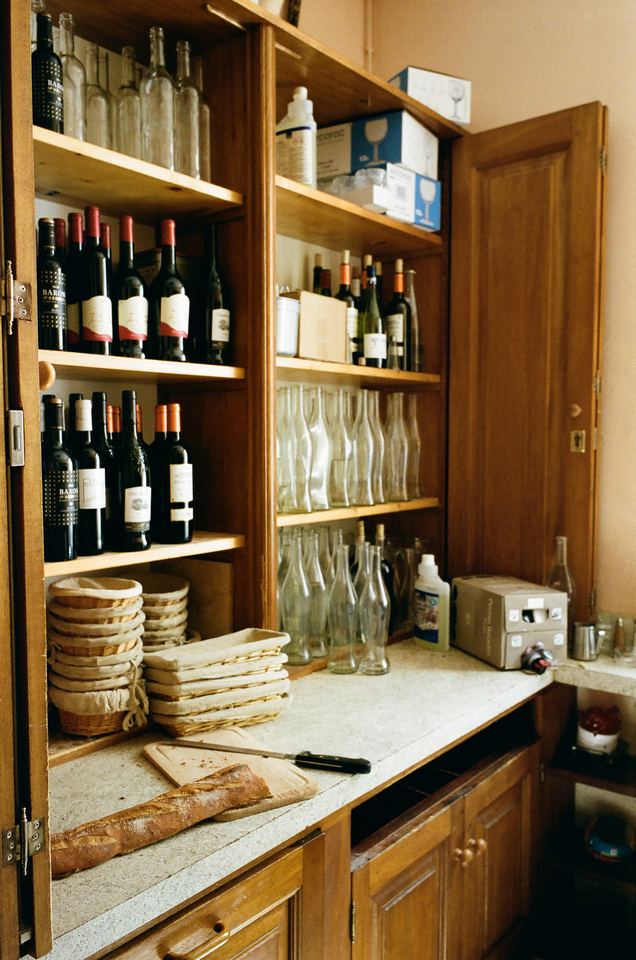 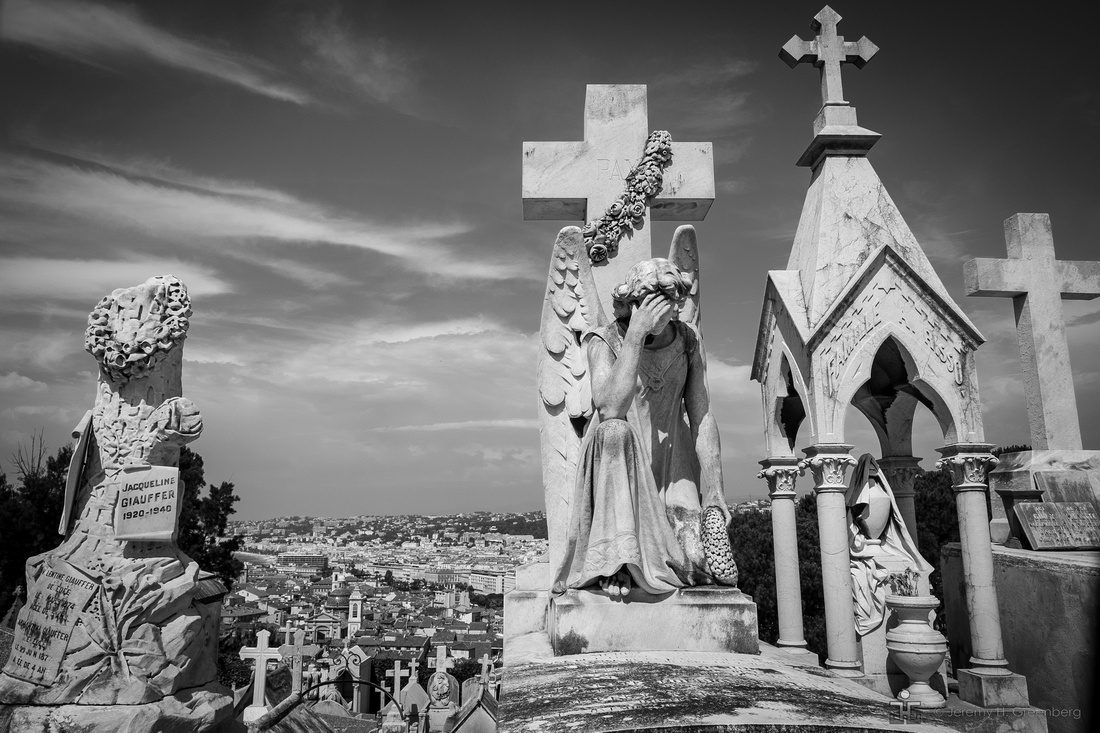