Alexander Rodchenko was born in St. Petersburg, Russia in 1891.  After art school, he got hooked on photography.  His work is absolutely amazing! To say that he was ahead of his time would be a understatement.  Photography had been invented some 60 years or so before he came to the field.  The work that preceded him could be described as simplistic or formal.  Compositions and portraits were straight forward in the early days of photography.  This was the case mostly due to the limitations of the gear.  Cameras were big and heavy along with the glass plates and complicated not to mention unreliable chemistry that was needed.  In the 1930s with the 35mm film size and small portable Leica cameras, the world of photography exploded and Rodchenko was there to light the fuse. 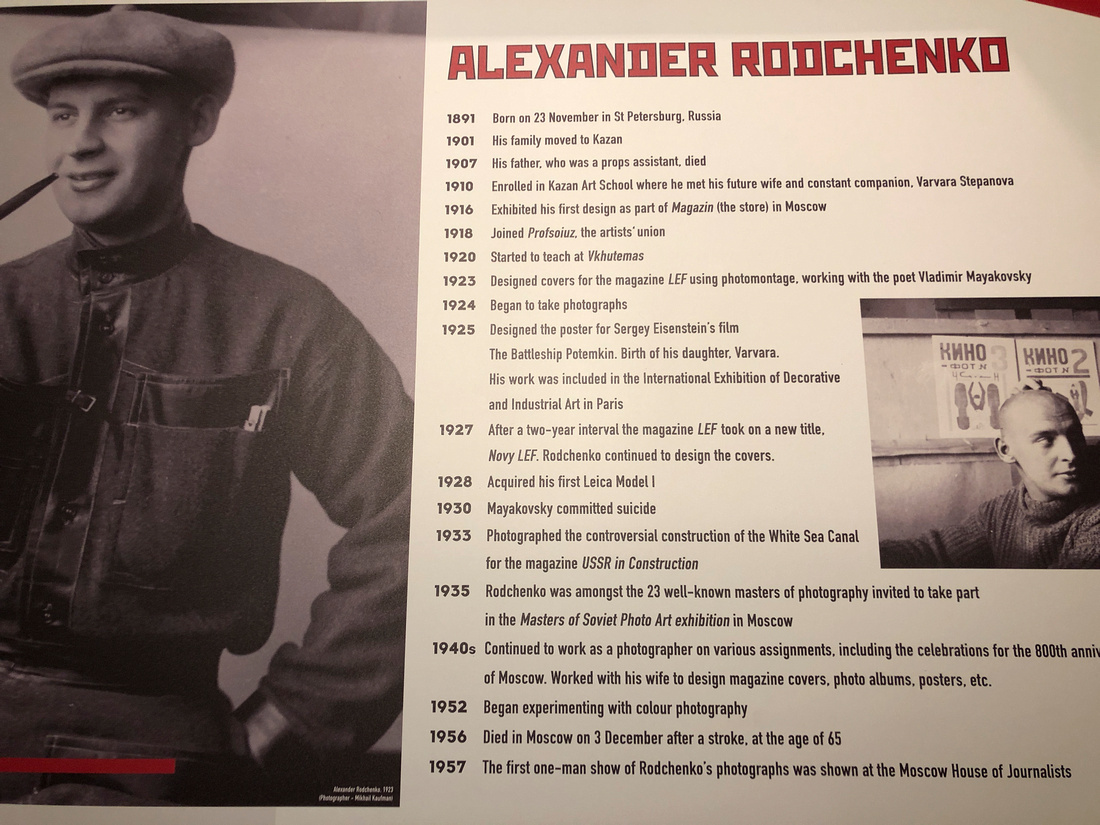 His point of view was ever changing.  He got close like really close to his subjects. He got so close that at times he was underneath his subjects aiming straight up at them from their chest or perhaps knees.  His careful attention to line and form was clear in his work with architecture and construction of the day.  He made images of a great dam that was constructed in Russia that was particularly notable.

Rodchenko had [at least] three unique stylists trademarks that burned his place in photography brilliance for all of eternity.  The first was his penchant to tilt the lens and compose from one of the bottom corners of the frame.  He used this technique so frequently that it should have resulted in the coming of the term Russian Angle rather than the more commonly termed Dutch Angle that is widely used in film and movie making to this day.

The second interesting and rather unorthodox technique used by Rodchenko was his framing of his printed photos.  He used mostly square or rectangular format printing but the image was placed in a refreshing variety of locations within the matting and frame itself.  He would mount the image off-center such as in the top or bottom half of the frame, or off to one side of the frame.  The image seemed to have come to rest after floating organically within the four corners of the frame but in some random location.  This mounting technique was in stark contrast to the simple square mounting style of the day.  He was likely one of the first, if not the first to mix things up in this way.

Third, Rodchenko used a single matte colour such as red or blue to accentuate his black and white images.  Of course there were only monochrome images back then so he used the matte to set off the colour and make things a bit more lively.

These were wonderfully rendered and presented images in their own right.  The artist’s use of tilt, framing, and colour added to the artistic quality of the images that was rather edgy for its time.  I attended a recent exhibition at F11 Foto Museum in Happy Valley, Hong Kong that would have made Rodchenko very proud had he been able to view this meticulously curated exhibit.  The images here were made at the museum exhibit.  I hope that you can have a sense of the work and interesting style that Rodchenko has left us with. 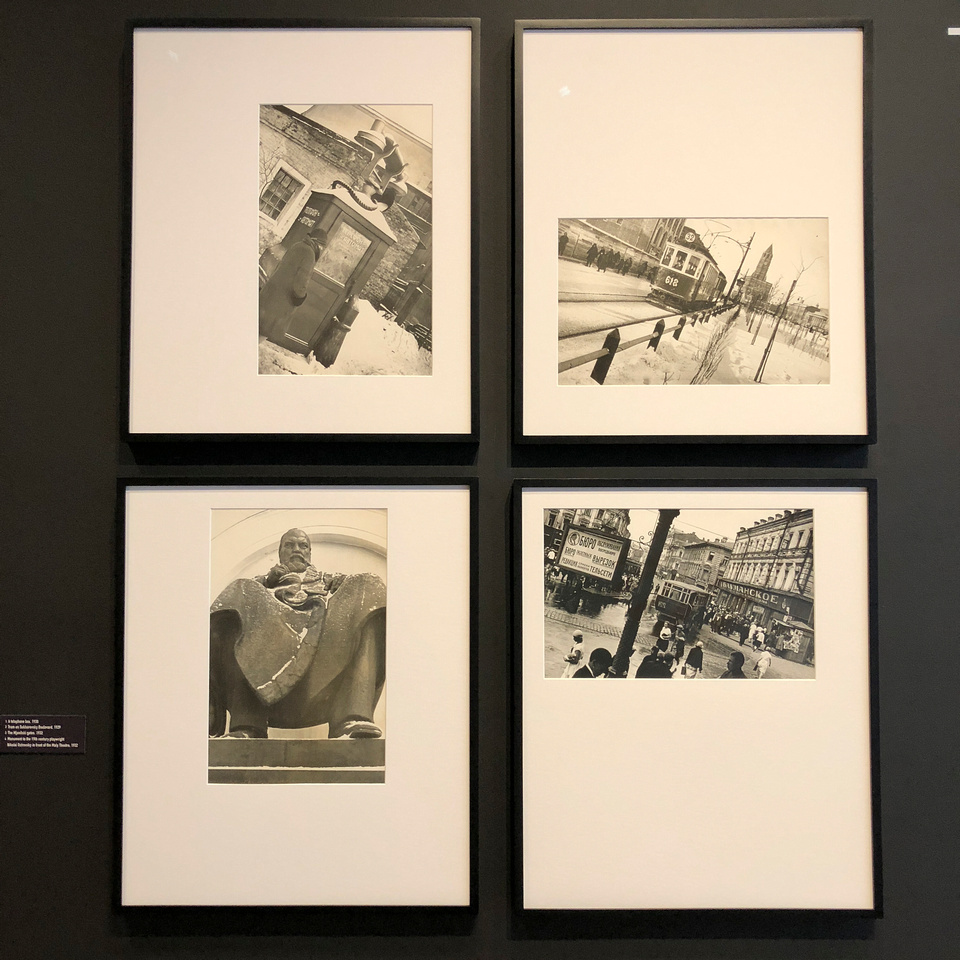 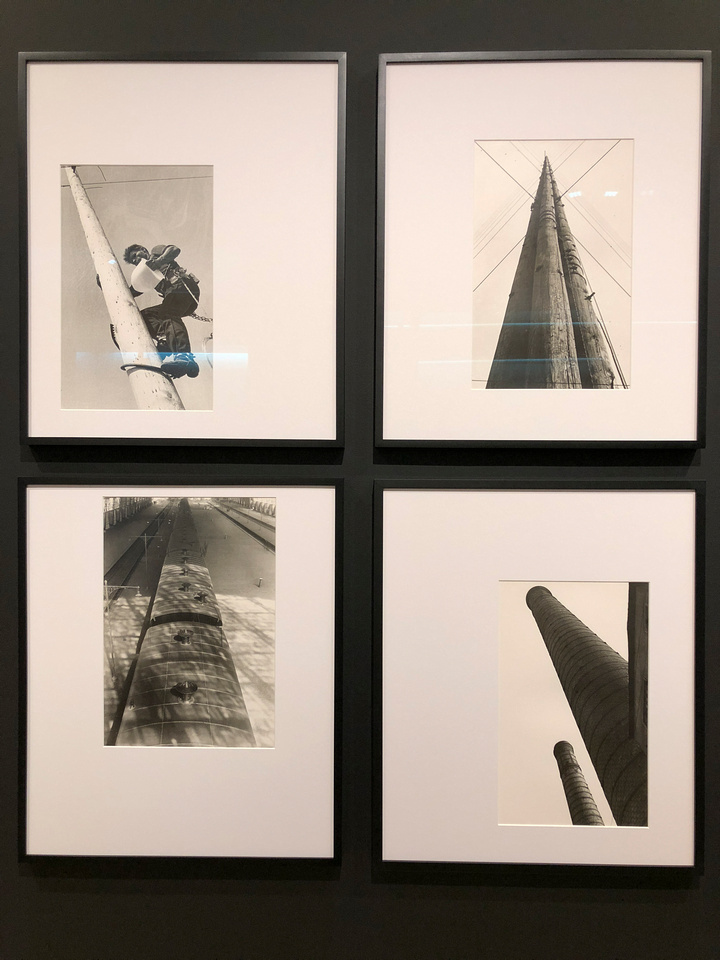 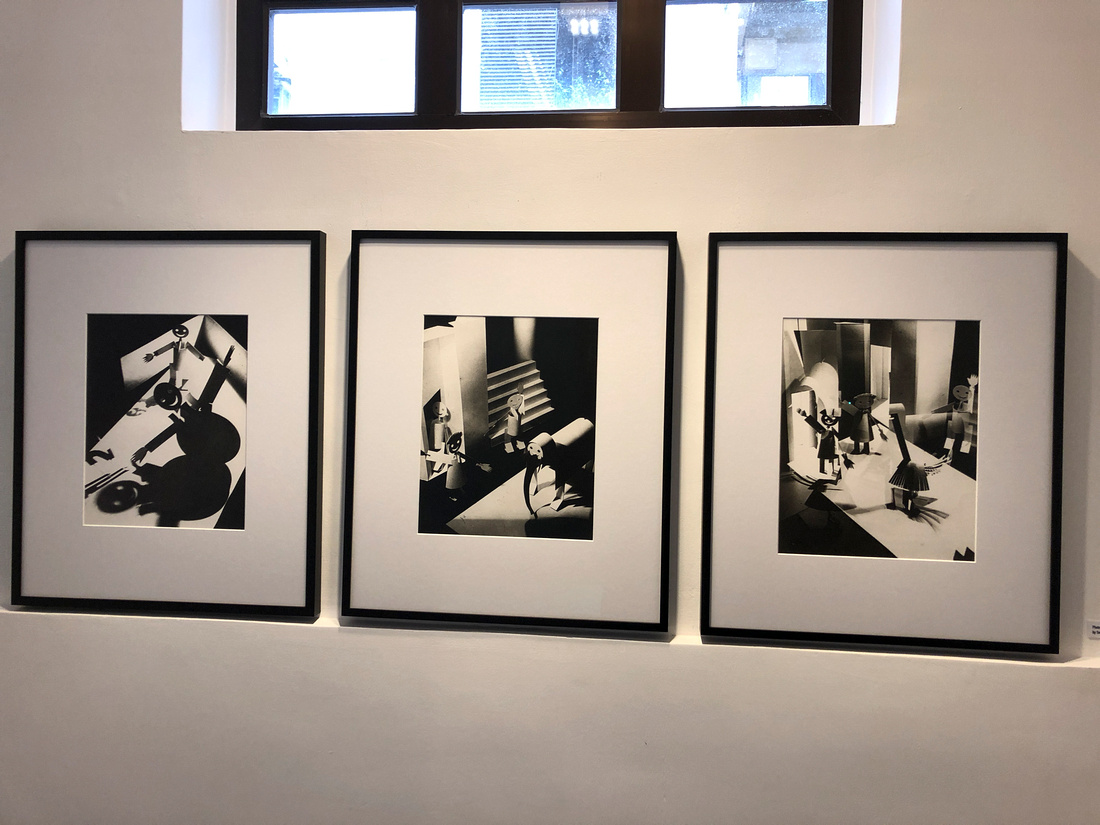 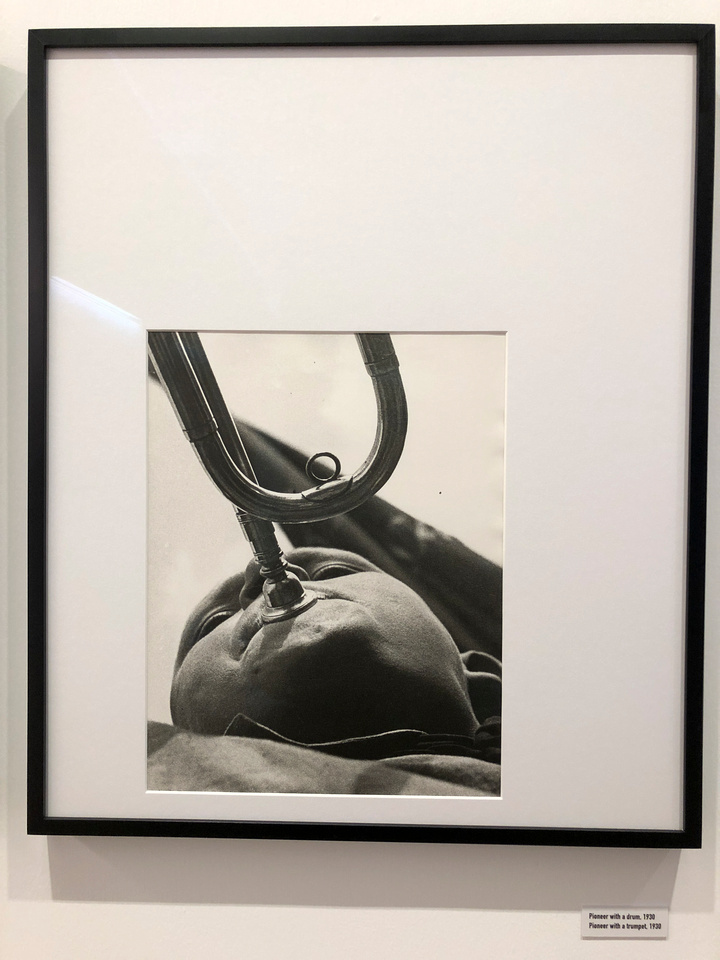 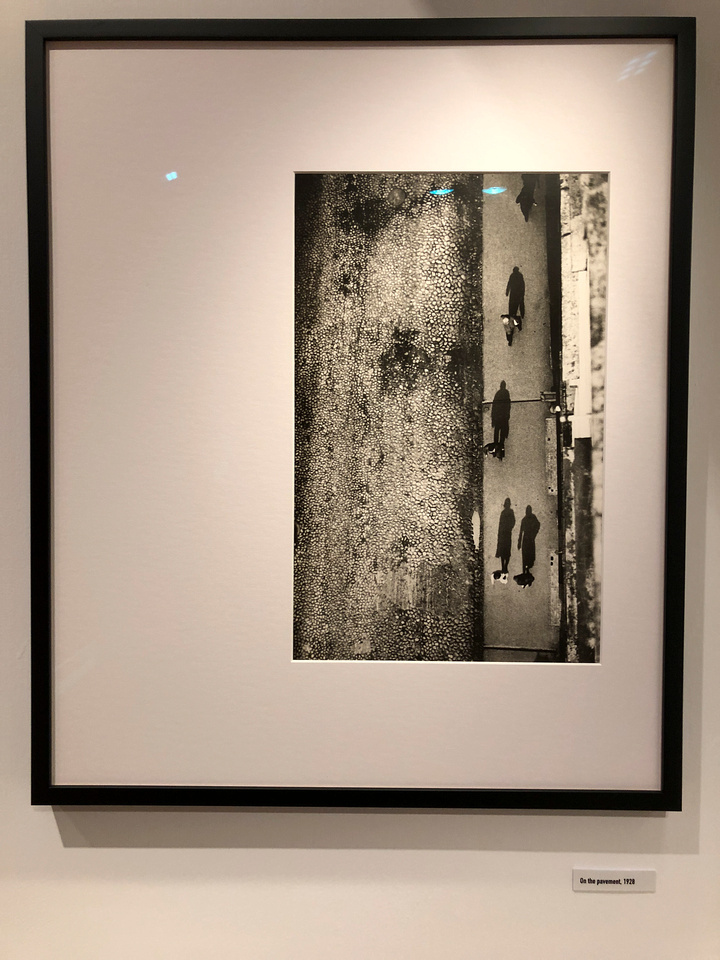 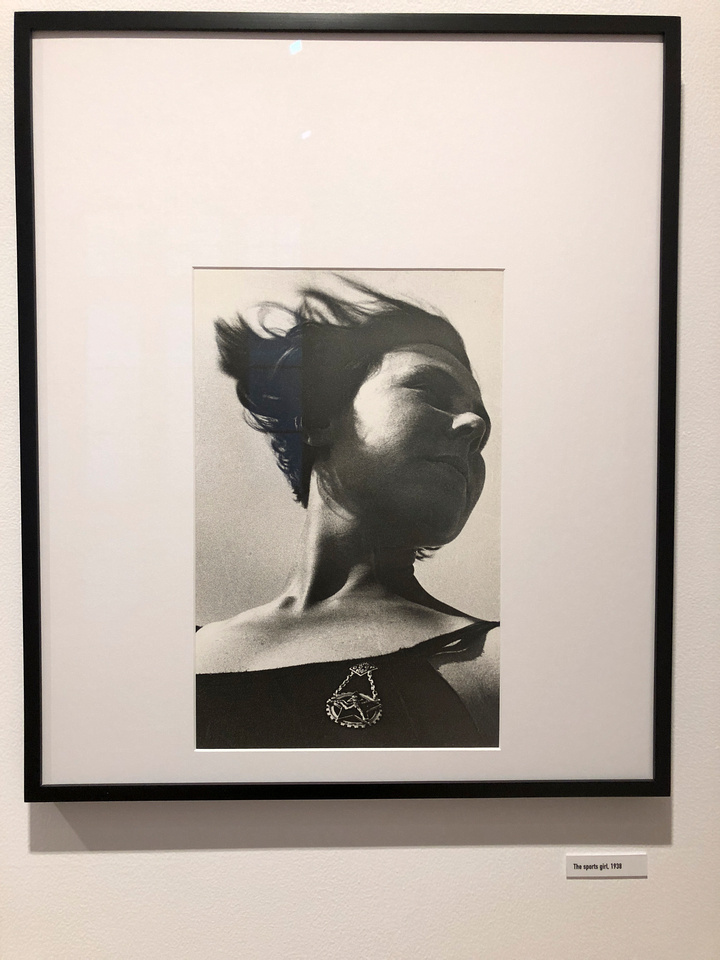 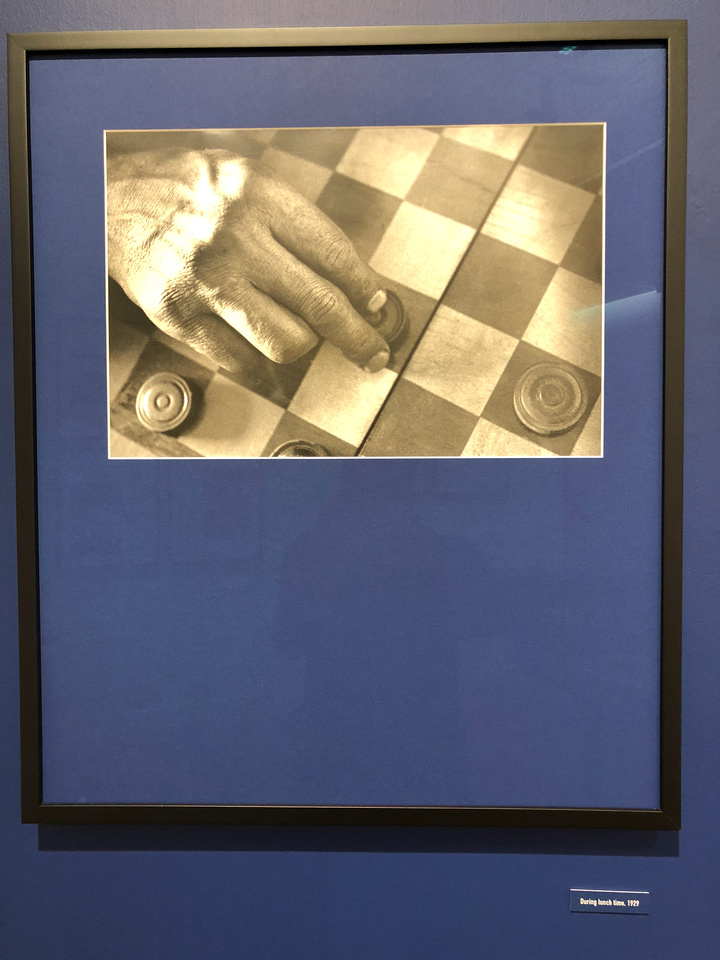 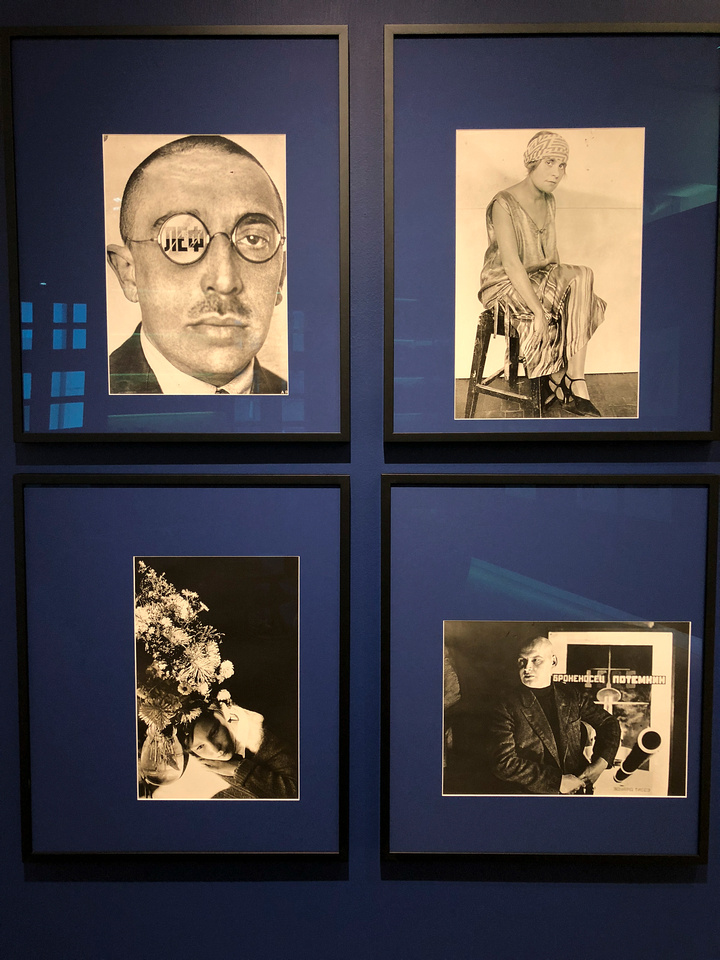 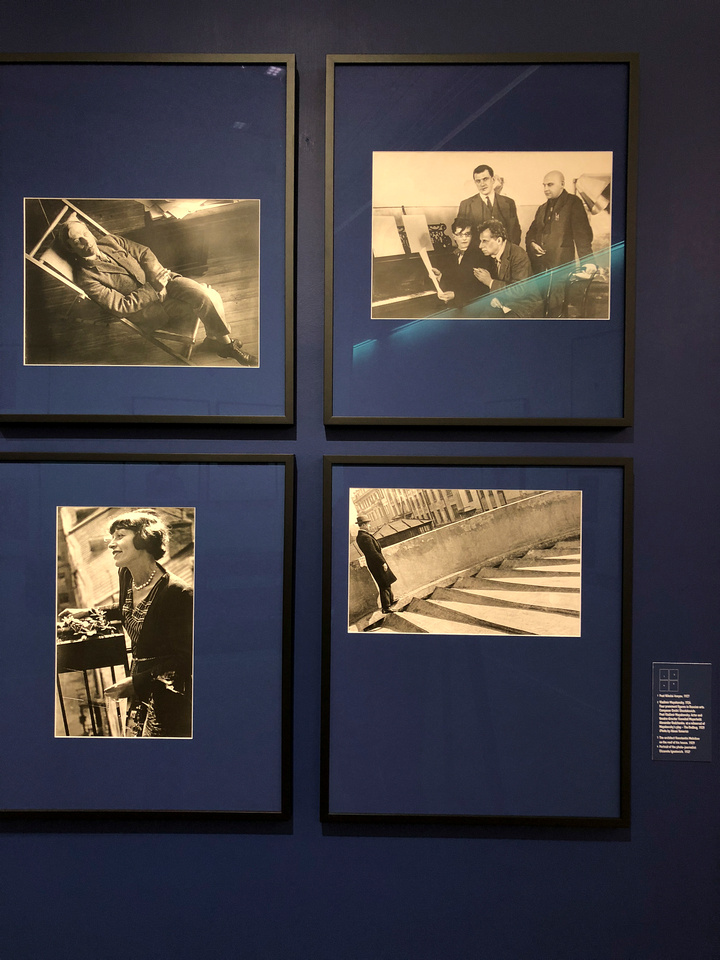 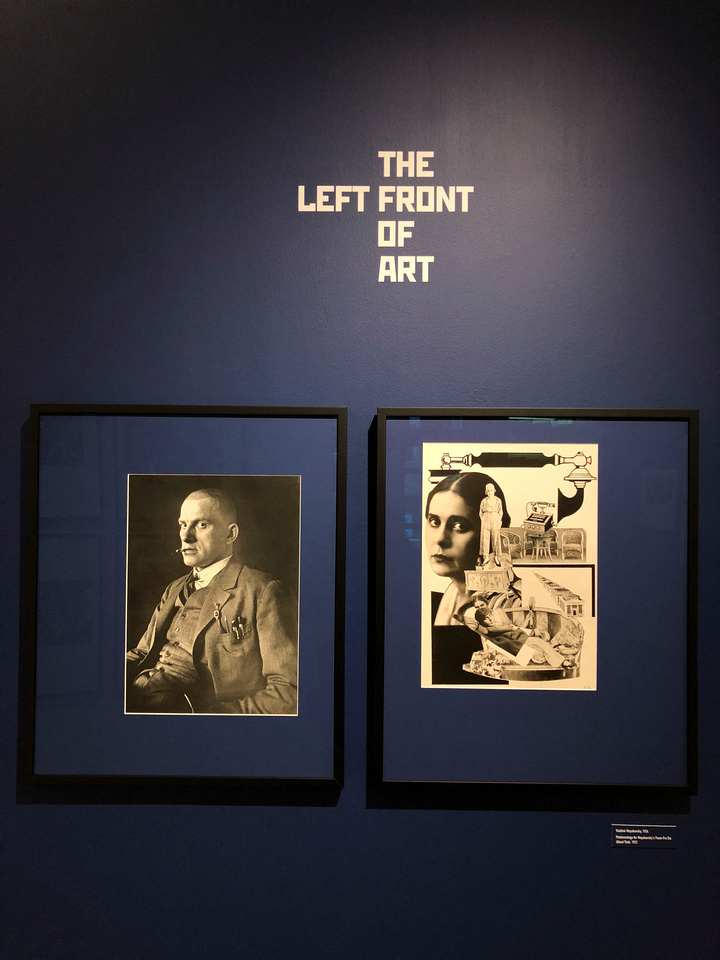 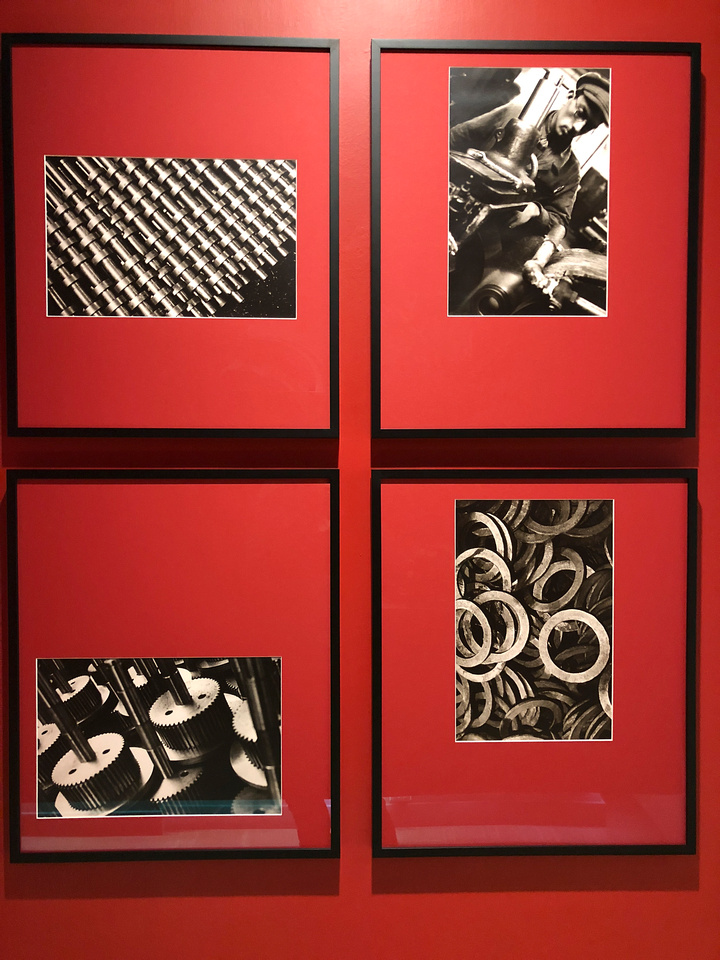